The first scientific study focusing on the diversity of marine sponges from the island of Hawaii was performed by Dr. de Laubenfels in 1951. Dr. de Laubenfels also described a collection of sponges that was collected by Dr. R.W. Hiatt (1945) from Halapé, Hawaii.

The island of Hawaii lies farthest to the east and south of the chain of islands which comprise the Hawaiian archipelago. It has an area of more than 10,000 square kilometers. From it, capes project slightly north of 20o and south of 19o north latitude, also slightly west of 156o and east of 155o west longitude. Its two highest volcanic peaks, Mauna Kea and Mauna Loa, project respectively 4,201 and 4,170 meters above sea level. The whole island consists of four amalgamated volcanic cones, rising from an ocean floor which is about 5 kilometers deep; thus the unit rises more than 9 kilometers above its substrate.

​Only comparatively narrow regions of shallow water bound the island. In fact, along the steep north shore, there is practically no area which has a depth of less than 10 or 20 meters. The other shores however, do have offshore regions less than 10 meters deep, and up to as much as 100 meters wide. The northeast side receives the trade winds, and therefore heavy rainfall; as a result a small river empties into the sea at Hilo (de Laubenfels, 1951). 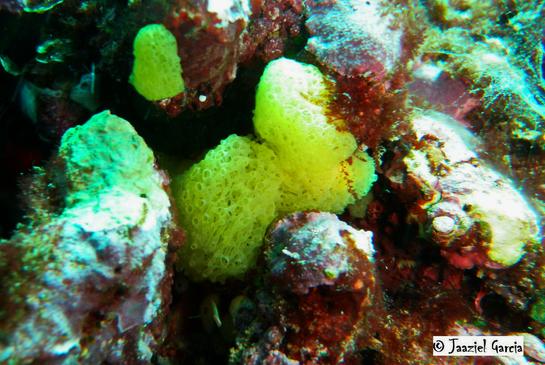 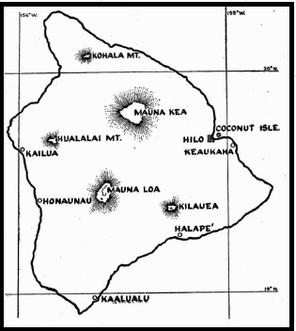 By downloading or consulting data from this website, the visitor acknowledges that he/she agrees to the following:

If data are extracted from this website for secondary analysis resulting in a publication, the website should be cited as follows:

Click on the image below for pictures, descriptions, and taxonomic results of the sponge specimens collected for my senior thesis project involving marine sponges from the Northeast coastline of Hawaii

This work is licensed under a Creative Commons Attribution-NonCommercial-NoDerivatives 4.0 International License.

In the unfathomable darkness, dark blue and bottomless.

Excerpt from the Kumulipo, an ancient Hawaiian chant that told the creation story of Hawaii. Translated by: Lilikalā Kame’eleihiwa (1999)

Marine sponges were known to the Native Hawaiians as "Hu'ahu'a-kai "(Titcomb et al. 1978) - foam of the sea. Native Hawaiians understood the importance of the marine resources available to them and took the necessary precautions to protect and conserve them for future generations. They discovered that some species of marine sponges, (along with other marine organisms) contained powerful medicinal properties that cured and/or relieved certain ailments. We now know that marine sponges host a large diversity of microorganisms living in symbiosis with the sponge. These microbes are the main reason why marine sponges are one of the most important sources of novel secondary compounds which can be used to create new marine natural products and pharmaceutical drugs (Montalvo et al. 2005). Marine sponges were once thought to be one of the simplest multicellular organisms of the metazoans. Instead, thanks to scientific research, these enigmatic organisms have been found to be highly complex and ecologically important in all coral reef ecosystem around the world (Diaz and Rützler, 2001).